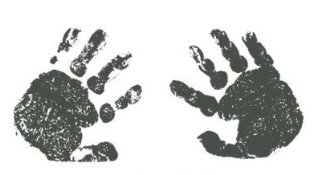 We started 2018 with one baby at home and one baby still in the hospital with a long road ahead of him.  Our hearts, minds and time were torn between our three children at home and our very sick, very sweet baby boy.  We didn’t know what 2018 had in store, but we had great hope that we would see Will get better and come home.
January 1 - Caroline comes home!  Will starts moving his arms and looking around.
January 2 - Will's catheter is leaking and he needs a dialysis catheter inserted.  He starts receiving nitric oxide for heart support.
January 3 - Will has surgery to get a dialysis catheter inserted.  The doctors are concerned about his  heart and think it is still very weak.  The cardiologist is optimistic that his heart could still get better as more fluid comes off now that he has the correct catheter for dialysis.
January 4 - There were no complications during Will's surgery and the new dialysis catheter is working well.
January 5 - Will has a stable day and continues to get fluid off.
January 6 - Will is awake overnight night.  He has to get some blood products today.  He is getting full feedings through a feeding tube and he has a head ultrasound that shows no new bleeding.
January 7 - Will is doing well with his feedings.  He is alert when he is awake and acts appropriately for his age.
January 8 - Will is slowly improving and starts to get slowly weaned from the ventilator, however he shows signs of infection in the dialysis fluid.
January 9 - I cut Will's nails for the first time.  This may seem like a silly thing to document but there is very little we can do to help our baby, so the simple act of cutting his nails made me feel like I was doing something to take care of him.  He is reacting and responding a lot more.
January 10 - The doctor starts talking to us about Will getting a trach for chronic lung issues and long term support.
January 11 - Will's heart function is still below normal but not getting worse.  He is moving a lot more and most of his swelling has gone down.
January 12 - Will sucked on a paci for the first time and his nurse was so happy and surprised.
January 13 - Will's heart is showing no improvement, but not getting worse.  It has seemed to level off so the doctors are working to get him on the right medications and doses to support his heart long term.  There is still hope that his heart can improve overtime.
January 14 - Will is tracking, making eye contact and looking at toys.  He likes his Mickey and black and white pictures.
January 15 - Will gets an EEG put on for follow-up and weans a little bit more from the ventilator.  At this point we really think he is going to get better and are talking about him coming home in a few months and having a trach for a few years while his lungs grow.
January 16 - Will has a tracheotomy and the surgery goes well.
January 17 - Will is having a hard time recovering from surgery. His blood pressure is low and he is fussy.
January 18 - Mommy got to pick Will up for the first time since he came to the ER.  Mommy got to help with his bath and changing out all his bedding for the first time today.  He seems to be doing better and looks comfortable.
January 19 - The doctor thinks that Will has an infection.  He had a fever overnight and his heart rate and respiratory rate have been high.  He also has a high white blood cell count, meaning that his body is trying to fight something off.
January 20 - Will doesn't have a fever over night but he is still breathing fast.
January 21 - We love how Will looks at us and has become so aware in the past few weeks.  He has an infection called pseudomonas that is often associated with having a trach.
January 22 - Will had no issues overnight.  We got to hold him for the first time since December 6 and he LOVED it (and of course we did too!)!  His heart is still weak and showing no real improvements.
January 23 - Will has a stable day.
January 24 - Will's EEG showed that he was no longer having seizures, so he weans off the anti-seizure medication he has been getting since December 7.  He is working with physical and occupational therapy to develop range of motion and muscle control.  Will still needs a lot of time to recover but we are hopeful because he is stable and making progress.
January 25 - Will got swaddled, which may not seem like a big deal but every milestone and "normal" baby activity was such a big deal to us.  He looked confused at first but then fell right to sleep.
January 26 - Will was awake and looking around a lot today.
January 27 - Will is throwing up some of his feeds, so his NG tube gets changed to a NJ.
January 28 - Will is stable today.
January 29 - Will had a window of time off dialysis.  He was agitated overnight and into the morning.  The nephrologist is concerned that his kidneys aren't functioning yet.
January 30 - Will is better than yesterday and sleeping well.  He used the physical therapy chair for the first time and liked it.  He urianted today and we were hopeful that means his kidneys are starting to work.
January 31 - Will had a 8 hour break from dialysis but had no more urine, so the hopes of his kidneys working are small.  He also went to have an MRI.

February was full of hope.  We saw Will make a lot of improvements and we were starting to think about the long term future.  There were still a lot of unknowns and we thought that some type of organ transplant was in Will's future.  We knew that he would be in the hospital for a long time so that he could grow and recover more, but we really felt like he was eventually coming home.
February 1 - The MRI shows that Will's brain bleed from being on ECMO was receding and not getting worse.  We won't know the effect of the bleed until he is older, the neurologist suspected anything from ADD type symptoms to a more severe disability, but only time would tell.  The speech therapist let Will taste some milk on his paci today and he liked it!
February 2 - Will's echocardiogram shows that his heart function decreased and no one is really sure why.
February 3 ​- Will is stable today.
February 4 - Will got dressed for the first time since being in the PICU, he wore his Noah's arc outfit, the first gown I bought for him after finding out we were having boy/girl twins.
February 5 - Will had another echo and his heart function is worse.  The cardiologist thinks it is fluid related since Will is still on dialysis.
February 6 - We have a meeting with all of Will's doctors and come up with a plan for the short term and long term future.
February 7​ - Will played in his new play gym for the first time today.  He loved looking at all the toys and listening to the music.
February 8 - Will has a routine echo and they find a blood clot in the vessel going into his heart.  The treatment for blood clots is using a blood thinner, but this is risky for Will since he has a brain bleed.  The benefit of the blood thinner outweighs the risk, so Will is started on a heparin drip and the PICC line is moved from his leg to his arm.  We are warned of the risk of blood clots, especially if they lodge in the heart or lungs.
February 9 - Will has low blood pressure consistently throughout the day.
February 10/11 - Will is fluid overloaded and continues to have low blood pressure.
February 12 - Will has an echo that shows his heart function and the blood clot are the same.  He is fairly stable.
February 13-20 - This was a really good week for Will.  He was stable and there were not many changes made in his treatment.  He is improving with his therapies and becomes more alert everyday.  He plays with us and even smiled once!
February 21/22 - The nephrologist thinks that his kidneys are most likely irreversibly damaged and they will not start to function on their own.  He has to grow to get a kidney transplant but mommy or daddy could be a donor so he wouldn't have to wait on a donor list.  They have a few concerns with Will getting a kidney transplant.  Since his heart is weak they wondered if his heart can make it long enough or if he may need a heart transplant as well.  Another concern was whether his brain bleed would disqualify him from getting a transplant.  Talking about a transplant was at least a year in the future, so we tried to focus on short term goals and keeping Will stable so he could grow and get stronger.
February 23 - Will has an EEG that showed no seizures but had small spikes that could potentially turn in to seizures.  He starts on a small dose of anit-seizure medication since he is at risk.  He starts getting his feedings through a NG tube again and tolerates it well.
February 24 - Will gets to take 4MLs of milk from a bottle and he loved it, we thought he wanted more!
February 25 - Mommy gave him another 4MLs of milk through a bottle today and he is still doing well with NG feeds.
February 26 - Will wore his big brother's choo choo outfit today.  He had an echo that shows his heart function was the same and the blood clots were gone.
February 27/28 - Will looks more swollen but no one knows why because his dialysis seems to be working well.  They think maybe he has scarring from dialysis that is causing it not to work as well as it should.​

We didn't know it at the beginning of the month, but we only had a few more days left with Will.  His heart function was declining and everything started to get worse quickly.
March 1 - Will is taken off the blood thinner since the blood clots have dissolved.  He didn't seem like himself and was agitated but no one knew why.
March 2 - Will seems uncomfortable.  The echo shows that his cardiac function is the same but his blood pressure is low.  He is taken off his feeds and given a drip of norepinephrine to help with heart function.  No one knows why he is declining so they do a bunch of tests but see nothing abnormal.
March 3 - Will slept better overnight.  Mommy saw his hand and foot twitching and they put an EEG on to find that he is having seizures. He is given a large dose of anti-seizure medication but they can't stop the seizures.  He has an A line put in because his blood pressure is so low and needs to be monitored.
March 4 - We feel like Will's body is shutting down.  He starts a low dose of epinephrine but there is still no reason for the decline over the past few days.
March 5 - Will is still having seizures and is now on two anti-seizure medications.  He has been seizing on and off for over 48-hours and the seizures are coming from all over his brain as opposed to being isolated from just one area.  The neurologist thinks Will may have lost oxygen to his brain triggering the seizures.  We are feeling hopeless and everyone is very concerned.
March 6 - Will is taken off epi and his heart slowly stops.  We were able to bring Caroline to be with him all day while we held him, kissed him and told him we loved him over and over.  Will passed away in Mommy's arms a little after 9pm.